Which Windows 10 package is right for you? 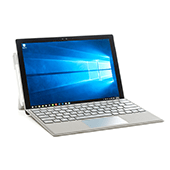 With fast performance, regular updates, and a helpful digital assistant, Windows 10 is a must-have operating system (OS) for both individual consumers and entire businesses. But before you purchase it, you’ll have to decide between Windows 10 Home, Pro, and 10 S. So which one is right for you?

Windows 10 Home
This version, as you may have guessed, is designed for home and personal use. It comes bundled with key Windows 10 features, including Microsoft Edge, Office 2016, smart pen support, and the Cortana voice assistant. Since Microsoft is pushing their cloud services, Home also provides 5GB of cloud storage in OneDrive for individual users.

In terms of security, Home has fairly basic protections. It has Windows Defender Antivirus software, Windows Hello biometric logins that use face or fingerprint authentication, and rudimentary device encryption to minimize data breaches. Those with multiple Windows devices will also love the mobile device management app, which allows them to track and control app usage for connected smartphones and tablets.

To explore new apps, Home users can sign up for the Windows Insider program, but since this version is light on features, there is usually a limited selection of early release apps to play with.

Windows 10 Pro
If you plan to use your computer for work, the Pro version is the right OS for you. One of its most notable features is Hyper-V, which allows you to create virtual machines (VMs) on Windows 10. These VMs can be used to deliver computing resources from a powerful computer to other machines connected to the network, making resource provisioning a breeze.

Considering that businesses are usually targeted by cybercriminals, Pro offers more robust security than Home. In addition to Windows Defender, this version comes with whole disk encryption, Enterprise Data Protection, and Azure Active Directory -- an identity management service used to set up and enforce access policies for apps and devices.

Rolling out updates for all computers is also incredibly easy with Pro’s Windows Update for Business service. From a central console, you can manage how and when Windows 10 devices are updated while making sure that the bandwidth used doesn’t disrupt day-to-day operations.

Windows 10 S
Released in 2017, Windows 10 S is focused on simplicity, security, and speed. Feature-wise, it’s about the same as Home, offering Office productivity apps and Cortana. But it comes with Pro functions such as virtual machines and increased security, too.

While it doesn’t possess as many features as Pro, Microsoft reported that 10 S-powered computers boot 15 seconds faster than Pro machines. Its relatively low hardware requirements also make it perfect for startups and schools that tend to purchase low-cost PCs. And if you want more features, 10 S allows you to upgrade to Pro at an affordable price.

The big difference between 10 S and the other Windows 10 versions is that it can only run applications available on the Windows Store. Although this restriction means you don’t get to enjoy third-party apps, it actually protects users from downloading dangerous apps and helps Microsoft easily root out malware.

So far, only a few devices -- including the Surface Laptop, Lenovo V330, and HP Stream 14 Pro -- are capable of running 10 S, but it’s only a matter of time before other devices are compatible.

Still not sure about which Windows 10 version you should purchase? Contact our experts today to get more advice. We’ll even install and maintain Windows for you so you can focus on being productive!