A rundown of Apple’s most recent releases 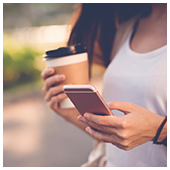 Just a decade ago, the concept of a phone with a touchscreen was mostly foreign to the average consumer. Today, over 75% of Americans own a smartphone and Apple is leading the way in mobile device innovations. Read on for a recap of everything Apple released at its 2017 fall keynote.

Everyone suspected the new iPhone would have an edge-to-edge screen, but now it’s official. The 5.8-inch OLED screen covers the entire front side of the phone, except for a small notch along the top of the device.

The iPhone X, AKA the iPhone Ten, has no fingerprint scanner, which means users will need to unlock the device with either a passcode or a facial recognition scan. The top notch includes an updated 7-megapixel front-facing camera, call speaker and infrared sensors that power the iPhone’s new FaceID feature.

Apple’s newest smartphone includes some new high-tech hardware under the hood as well. The A11 Bionic chip can handle up to 600 billion operations per second, which allows the iPhone X to render high-resolution 3D experiences on top of real world images while in the camera mode.

This model isn’t getting the same OLED screen as the iPhone X, but both versions of the iPhone 8 do come with their own improvements in screen resolution. Some of these are due to minor hardware upgrades and some utilize new software to adjust the colors on your screen based on your reading environment.

Both versions of the iPhone 8 also come with the brand new A11 Bionic processor, which Apple claims is 70% faster than the iPhone 7’s chip.

The smartwatch market has had its ups and downs, but the most recent release from Apple is sure to disrupt the industry. The Series 3 Watch will include an integrated SIM card that allows wearers to send messages, receive calls, and stream media regardless of where their phone is at any given moment. Depending on what you use your phone for, you could potentially go without it for a full workday.

Apple is finally making it possible for their devices to charge wirelessly. New iPhones, Apple Watch and AirPods will allow you to juice up your battery simply by laying down your device on a charging mat.

Apple devices have always been especially well suited for business environments. They’re secure, reliable and compatible with almost any business-class software. If you need help with anything Apple-related -- from mobile device management to Mac servers -- give us a call today.