Setting the record straight on containers 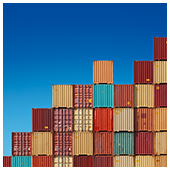 Virtualization technology and container technology are confusing topics in their own right, and comparing and contrasting them is even harder. Before you can really get into the weeds about how containers differ from virtualization, it’s best to clear up some of the misleading information surrounding how the two technologies work.

Containers are made up of the bare minimum hardware and software requirements to allow a specific program to run. For example, if you want to give employees access to a single Mac-based server application, but everything else you run is in Windows, it would be a waste to build a new machine for just that program. Containers allow you to partition just the right amount of hardware power and software overhead to run that Mac program on your Windows server.

Misconception #1: There is only one container vendor

Traditional virtualization technology -- which creates entire virtual computers rather than single-application containers -- has had two decades for vendors to enter the market and improve their offerings. Containers, however, didn’t break into the mainstream until a few years ago.

Fortunately, there are still more than enough container vendors. Docker dominates the industry and headlines, but there are at least a dozen other programs to choose from.

In the early days, containers could only be created and managed in the Linux operating system. This meant complicated and sometimes unreliable improvisation was required to benefit from container technology on Windows and Mac servers.

Misconception #3: You can’t create and manage containers in bulk

Separate programs, known as Orchestrators, allow you to scale up your use of containers. If you need to partition more hardware power so that more users can use a container, or if you need to create several identical containers, orchestrators make that possible.

Obviously, virtualizing an entire operating system and the hardware necessary to run it requires more management and processing requirements. A lot of people tend to think this means containers are faster than virtualized machines. In reality, containers are just more efficient.

Accessing a container is as simple as opening it and using the application. A virtualized machine, however, needs to be booted up, a user needs to log in to the operating system, and then you can rummage through folders to open an application. Most of the time containers are faster, but there are instances when that's not true.