Fake LinkedIn profiles continue to flourish at LinkedIn thanks to the company’s nonchalant approach to removing them after a notice of fake profile has been filed.  To illustrate, I reported this fake LinkedIn profile multiple times starting on April 15, 2017.  A LinkedIn representative responded on April 16, 2017 saying that LinkedIn’s “engineering team is working on it but there's no estimate as to how long that might take” to remove the fake profile.   My team and I have been reporting this fake profile to LinkedIn for the last couple of months and the profile remains published.   I’ve personally reached out to Jeff Weiner, LinkedIn’s CEO, via LinkedIn InMail a couple of days ago asking him why his team does not remove fake LinkedIn profiles as they are reported.  So far, no response from Jeff.   Should you have this fake profile in your LinkedIn network, I recommend that you remove it from your network. 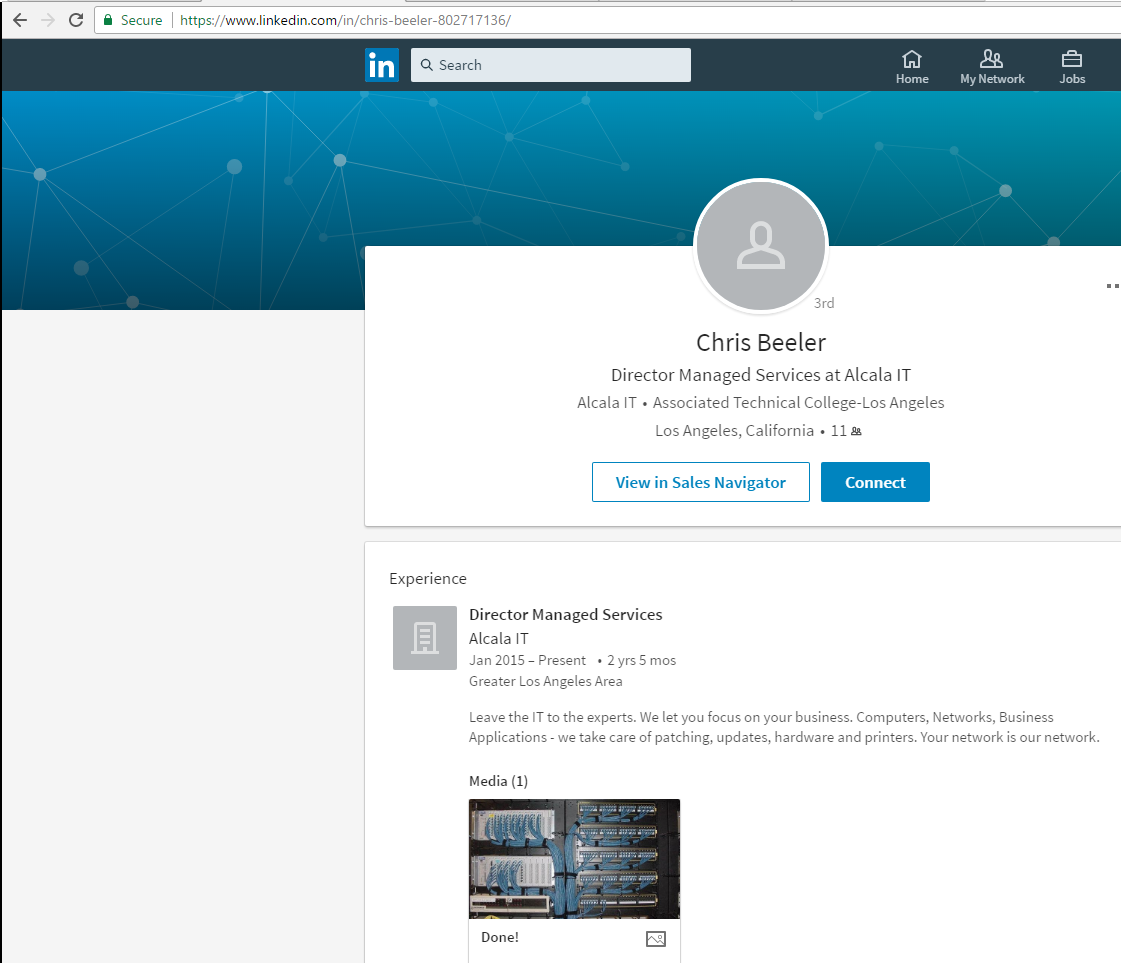