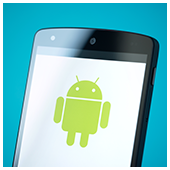 It’s official. Google Pixel users have lost one of their best bragging rights. The latest addition to the family is considered to be one of the most advanced devices on the market. But Android 7.0, one of the most recognized software features, will soon be available to users with older smartphones. Let’s take a sneak peek at some of its notable features:

Quick Switch
What this feature allows you to do is to quickly jump between the two most recently used apps with a double-tap on the Overview button. (That’s the square icon located to the right of the three virtual navigation buttons at the bottom of the display.)

Multi-Window
After ensuring the application’s compatibility, simply long-press the square Overview button to shrink the app to fill half the screen. This feature allows you to easily run two apps side-by-side on your smartphone or tablet.

Better battery
First introduced with Marshmallow, Doze is a power-saving tool that prevents your apps from sending or receiving data without disabling your mobile data. It gets a boost in Android 7.0 Nougat. Doze utilizes sensors to detect when the device is idle -- even when it’s being moved around -- and lowers power consumption.

Data Saver
After activating this function from the notification dropdown, Data Saver mode reduces cellular data used by applications. It does so by blocking background data usage, limiting bit rate for streaming, reducing image quality, just to name a few.

Enhanced encryption
In Android Nougat, each file and folder saved on the device is individually encrypted and protected as opposed to being encrypted as a whole, like previous versions of the mobile operating system were.

The latest tech innovations might succeed in enticing consumers, but it’s usually the operating system that seals the deal.This is merely a preview of Android 7.0 Nougat’s capabilities. By no means does this list detail all the awesome functions that await Android users. If you’re interested in getting the latest updates or would like to have your Android-related questions answered, just give us a call!