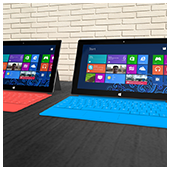 Windows 10 had a rough year. It’s been flooded with numerous complaints from users claiming that they were "tricked" into upgrading Windows 7 and uncontrollable OS updates. The new year is a time for new things, and that’s exactly what Microsoft is planning to do in 2017. It’s been speculated that Microsoft plans on addressing certain issues, but there are still many that are left unattended to.

A patch and a glitch away
Users couldn’t escape the glitches in the frequent Windows 10 updates, which caused an array of problems such as frozen systems, broken webcams, and even PCs being unable to secure an Internet connection. In light of the patching dilemma, Microsoft is offering more options to defer updates. In fact, a leaked preview shows a new option to pause updates for up to 35 days via a switch in the Settings menu.

OneDrive placeholders
Since the launch of Windows 10, many users have eagerly awaited Microsoft to re-introduce this beloved feature to the operating system’s built-in OneDrive cloud storage service. In Windows 8.1, placeholders (aka Smart files) allowed users to see all their OneDrive files, whether or not they were stored on the device. Making its return in Windows 10 File Explorer when using OneDrive, the feature shows user files stored locally as well as on the cloud.

Owning up to the update fiasco
Not only is Microsoft addressing the various complaints it received, but it’s also owning up to some of them. Just before Christmas, Microsoft’s chief marketing officer, Chris Capossela, admitted that the company had gone too far when it tried to get Windows 7 and 8 users to upgrade to Windows 10. This referred to Microsoft’s decision in early 2016 to change the design for the user prompt for its Get Windows 10 app, the software responsible for scheduling upgrades. The user prompt was altered so that clicking X to close the window causes the user to unknowingly agree to a Windows 10 upgrade. This change puts Microsoft in direct violation of its own user experience guidelines for developers on dialog box design.

“Within a couple of hours of that hitting the world, we knew we had gone too far,” recalled Capossela. “Those two weeks were pretty painful and clearly a lowlight for us.” It was then that Microsoft reversed its decision on tweaking the pop-up, so clicking on X would dismiss the upgrade.

It seems that 2017 is the year that Microsoft will start listening more to its users and addressing their complaints. Maybe: Hopefully this renewed strategy will benefit users sooner rather than frustrate them later. Contact us and we’ll keep you up-to-date with the latest Microsoft updates.