Citrix’s XenApp gets a cloud boost from Azure 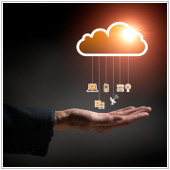 Microsoft’s Azure and Citrix’s XenApp have done a lot to move virtualization services into the mainstream over the years. So, with the announcement that the two companies will work together to combine their platforms into a new cloud-based application delivery system, it’s understandable why there is so much excitement within the industry. Let’s dig deeper into this new service and what it means for your business.

What Citrix’s XenApp already does is deliver applications to users via a variety of methods and pathways other than local installations. The process starts with the creation of server-stored software containers that allow the services an application provides to be delivered to your staff members from a centralized server. XenApp enables you to set rules and procedures for when and how these features can be accessed, and it creates a multitude of versions of the software that can be delivered to different operating systems, devices, and locations.

In a press release back in May, Citrix made a bombshell announcement that it would create cloud-based versions of all its virtualization packages using Microsoft’s Azure as the foundation. While the two companies have been closely aligned for decades, this is an enormous boost to both their reputations. Fast forward to today, and we’re seeing the first rays of sunshine from this new team-up.

And much more than simply lending Citrix the foundation, Microsoft will be directly involved in the development and release of the new cloud-based version of XenApp. The two companies have promised to work together to combine the simplicity and scalability of Azure with the administration and performance improvements of XenApp, thereby creating the most comprehensive software-as-a-service (SaaS) provider on the market.

Because Microsoft’s RemoteApp already acts as an Azure SaaS platform, the potential for conflict means it will be wound down to its eventual sunset in August 2017. But fear not; for faithful users of this service, Microsoft has promised a clear transition plan to reduce the possibility of growing pains.

Cloud-based XenApp is just the first of many improved services to be born out of the partnership between these two titans of tech. Rumors are swirling that XenDesktop will get the same treatment and a release won’t be far behind. Regardless, the tech industry is moving ahead with the virtualization of everything it can get its hands on, and it's time to jump on the bandwagon. When you’re ready to make the leap, our experts are ready to pull you aboard. Contact us today for answers to all of your virtualization questions.