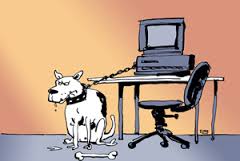 The latest news about the "hacking" of Anthem last week has most wondering if anything can be done to stop the "bad guys."  Well, yes and no.  While it is true that everyone is vulnerable; make no mistake about that, there are ways that you can make your system "less attractive" to a would-be hacker.

Consider this...much in the same way you employ many levels of security in an effort to protect your home against invaders, so must you do with your "cyber systems." The more deterrents you employ, the more difficult it will be to "get hacked."  If it is too much of an effort, chances are the "bad guys" will move on to another, more attractive potential victim.

And, just in case you feel that perhaps, you are too small of a fish to be hacked, here are some sobering statistics...

Your chances of being a victim are 1 in 4!

Concerned...??  Call us for a free consultation.  Really...there is no reason to worry when we're just a phone call away.