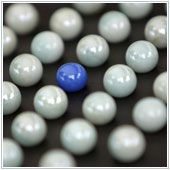 Android is one of the most popular mobile systems available, with an increasing number of business users relying on Android devices, including tablets. There is a wide variety of Android tablets available, which users often download over 50 plus apps onto. With so many apps available, there is a chance that you will eventually install apps that do the same thing as apps that are already installed. If so, you might wonder how to change the default app on your device.

How do you set a default app?

When you install a new app that does the same thing as an already installed app, you will not usually be asked to make it your default app for that task. Instead, you should be asked when you first open the new app.

You can usually select between different apps that do the same task and confirm your choice. Take for example your email. If you install a different app than the email app that came installed on your device and open it, you should be asked if you want to make the latest app the default for email instead.

How to change the default app?

Because there are so many apps out there, we seem to follow a pattern where we use an app for a time then switch to another, either because we miss a feature, would like to try another app, or would just like to move back to one we've used before, etc.

Sure, you could just open the app manually, which is what many people do, but this can sometimes be tedious. The other alternative is to change the default app, which can be done by:

If you would like to learn how to get more out of your Android tablet, contact us today to see how we can help.